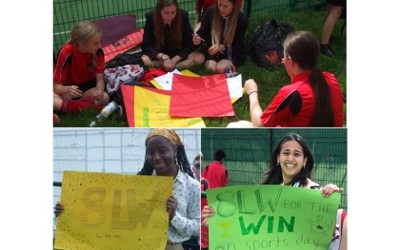 The turn out was fantastic with each tutor group having a full team and all tutors coming out to play as well! There were also lots of supporters cheering on their teams with banners! Almost 100 students were at the event in total!

Each team played three matches and then a final was played between MH and SY, the only two unbeaten teams! In a tense final, it came down to the final ball and MH were victorious!

A huge well done to all involved, behaviour was exemplary and students were extremely respectful to both their peers and the umpires. The effort of all students and tutors was outstanding and there were also some spectacular rounders skills on display – special mention to Charlie Wing who hit it so far it went onto another pitch!