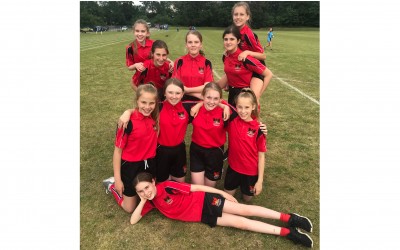 Miss Thorne took 10 students along to compete against seven other schools. Cheam were drawn in a pool against four other schools and were unlucky to finish a close second to Glenthorne (with just half a rounder in it).

Unfortunately Cheam therefore missed out on a place in the final, yet competed in the play-off and finished in an impressive fourth place.

Miss Thorne would like to thank the students for their fantastic attitude and positivity throughout; all students played to the best of their ability and should be extremely proud of their performance.