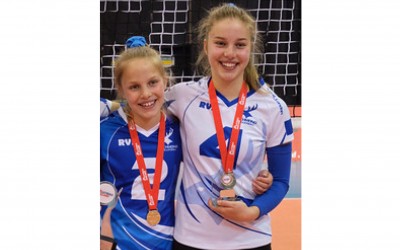 Richmond raced into a lead that they never relinquished and took the third and decisive set 15-8. Richmond girls dug deep against a talented and spirited Urmston Team and put in an accomplished display to seal the title to jubilant scenes.

Nina was picked as MVP (Most Valuable Player) and, as Captain, picked up the trophy on behalf of her victorious team. In addition to this Nina has played for both the U16 (National Champions) and U18 team (silver medalist).