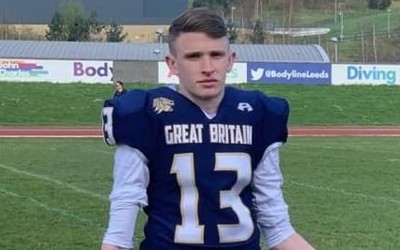 Louis H, Year 13, has again been picked to play American football for Great Britain's under 19s Junior Lions. He represented his country last season and played in a friendly in France and then played against Norway in the qualifiers.

After attending trials last month, along with 380 other boys, Louis was again selected and he will be part of the Under 19 Performance Squad.

This is such a great achievement and his family are very proud of him and so are we at Cheam High – well done Louis!