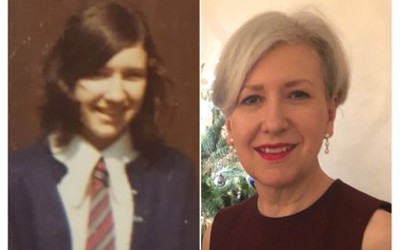 We were delighted to hear that a former Cheam High student was awarded a CBE in the recent Queen’s Birthday Honours List for her services to international relations.

Linda Dann graduated from Cheam High School in 1977 with three A Levels, and read English Literature at the University of Cardiff where she gained a 2:1. She then attended Law College to qualify as a solicitor, and spent a number of years working in a major London city law firm before joining the Government Legal Department. After a variety of posts in different government departments, she was promoted to the Senior Civil Service in 2003.

Linda moved to the Ministry of Defence in 2005 where her most challenging and rewarding job was as Deputy Director of the Operational & International Humanitarian Law team. This involved advising the Secretary of State for Defence and senior military personnel on all aspects of the UK’s overseas military operations (Iraq, Afghanistan and Libya) including war fighting, use of force and capture of enemies. Working with the US government, her role necessitated many trips to Washington, Iraq and Afghanistan to ensure that all our military operations were conducted in a lawful manner. In 2012 she transferred to a new post as Head of the Corporate Strategy Law Team advising on MOD’s organisational transformation programmes.

In 2015/16 Linda took a one year post graduate course in International Security and Strategy at the Royal College of Defence Studies (RCDS), at the same time studying for an MA with Kings College London. The RCDS mission is to prepare selected senior officials from the UK and 54 other countries for senior leadership and management roles in defence and national security.

After this, Linda returned to MOD as Head of the newly created Europe and EU Exit Division (EEUX). This involved leading Brexit for Defence, and at the same time building our defence and military relationships with our defence partners in 30 countries across Europe.

In April 2020, Linda joined Microsoft UK in a newly created legal role to advise on the law, ethics and strategy to develop new hyper scale cloud technology for defence and national security.

Linda still has time for many interests including art (especially portrait painting and print making), literature, theatre and fashion. She loves walking and travel and has been struggling to learn Arabic. She remains good friends with a number of fellow students from Cheam High School and has fond memories of many of her teachers.

Linda received a CBE in the 2020 Queen’s Birthday Honours List for her services to international relations. We hope that hearing about Linda’s varied and successful career will inspire current Cheam students to see what they could achieve.